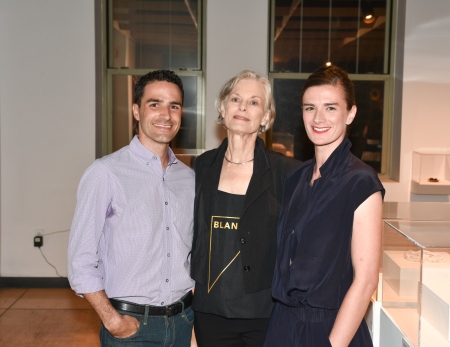 The Monongahela. It was an impossibly perfect night on a Saturday night in Pittsburgh along the Monongahela River where viewers could take in the debut of the city’s newest dance company, The Blanket. Read about it in the Pittsburgh Post-Gazette. Friday night may have been rained out, but a healthy group of party goers gathered at the Society for Contemporary Craft in the Strip District to celebrate the inimitable choreographer herself, Lucinda Childs. 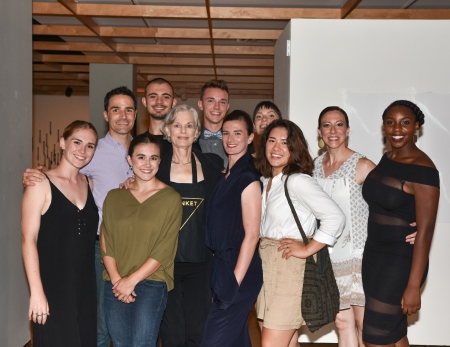 The Lake. Pittsburgh Ballet Theatre returned to Chautauqua Institution in western New York State along the shores of the lake from which it got its name. From the time the bus pulled up to the brand new Amphitheater, the dancers were taken with the Victorian beauty of the gated community. 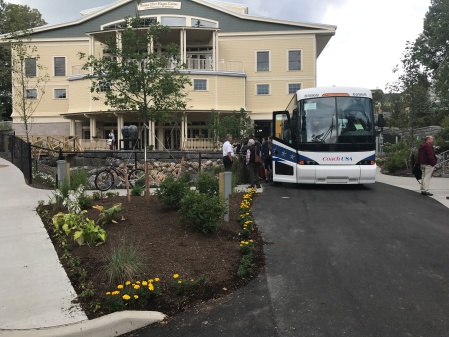 PBT alights from the bus at the back of the new Amphitheater. 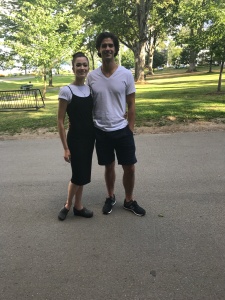 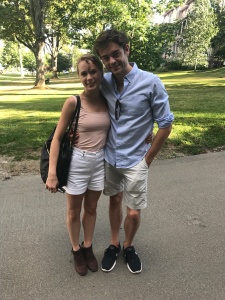 The atmosphere was enthralling, all the way through the performance that night. Still, the dancers got a few minutes to take in the vintage scenery. 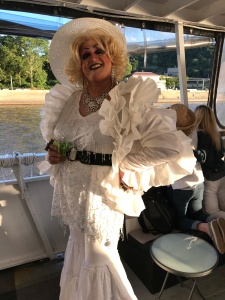 Jason Zubovic, aka Thea Trix, welcomed one and all to Pittsburgh Luxury Cruises’ Fantasy.

The Allegheny. Attack Theatre has this fun idea called We’re on a Boat. It’s a great way to warp up the season, taking in the beauty of Pittsburgh from the three rivers, rain or shine. It happened to be a great night (my third time and probably my favorite). Michele de la Reza, Peter Kope and fellow Attackers mixed and mingled with

This entry was posted on Wednesday, August 16th, 2017 at 4:40 am and is filed under Uncategorized. You can follow any responses to this entry through the RSS 2.0 feed. You can leave a response, or trackback from your own site.

This site uses Akismet to reduce spam. Learn how your comment data is processed.