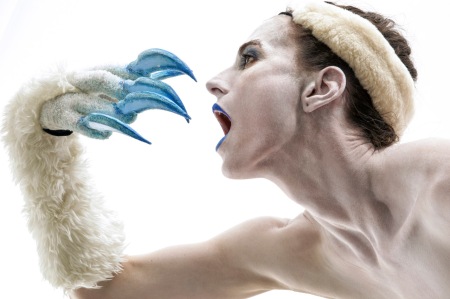 As a child, New York City choreographer Christopher Williams would visit the National Zoo in Washington D.C. and, to his parents’ chagrin, develop “an intensive love of creatures that were other than human. I would come home and imitate pigmy hippos and giraffes,” become involved in an “alternate physicality.”

When his family moved to Syracuse, New York, he “made a beeline” for the local library and immersed himself in the mystical, the spiritual, the Tolkien. His imaginative, religious and otherworldly approach to dance brought him a Bessie Award, similar to a Tony, and a cult reputation. 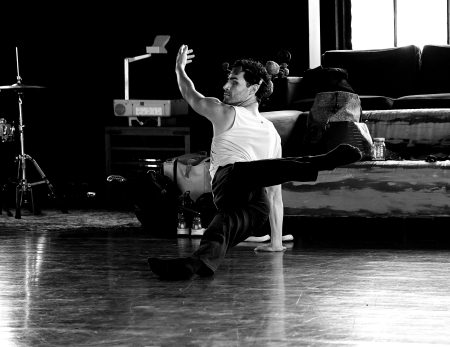 After producing an outdoor program featuring minimalist postmodern icon Lucinda Childs here last summer, The Blanket, one of Pittsburgh’s newest groups, decided to do a 180 degree turn and bring Mr. Williams to Pittsburgh for a sampling of those Bessie dances, essentially a series of highly theatrical solos about Christian martyrs. One depicts St. Stephen from the all-male “The Golden Legend,” which won a NYC Messie (substituting for the Bessie) in 2009 “for those artists who make [us] think and feel and marvel and rage and laugh.” The other seven martyrs stem from the all-female (and Bessie Award winner in 2005) “Ursula and the 11,000 Virgins.”

St. Ursula (Latin meaning “little female bear) actually wears fur mitts with claws in the production. Suffice it to say that it is something the likes of which Pittsburgh has not yet seen.

Founders Caitlin Scranton and Matt Pardo acknowledge the risk. Of course Ms. Childs and Mr. Williams are “completely and totally different,” according to Ms. Scranton. But without one artistic director, they can “pick projects that are unique and dissimilar from each other. That way we’re not only bringing something totally new to Pittsburgh audiences, but we’re bringing a very new experience to the dancers that we hire.” 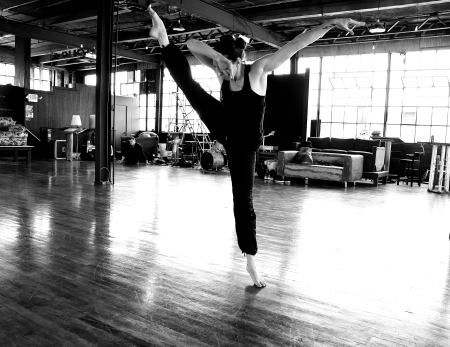 Mr. Pardo adds, “That’s been part of the fun of this project, watching Pittsburgh dancers, in all their many iterations, really take to Christopher’s work.”

Ms. Scranton, who has worked extensively with both and is currently touring with Ms. Childs, noted that the two choreographers have been seen “much more robustly abroad, so that’s another interesting layer. Strictly physically, they are so opposite. All of a sudden I can move my back [in Mr. Williams’ work], which is a nice complement.”

As Mr. Pardo, who will perform St. Stephen, puts it, “Though their works are totally different in terms of the end product, they share a love of rigor” and “work generously with you, being specific in every minute detail.” He is excited to “access the lineage inside the Merce Cunningham technique apparent in some of the solos,” along with Mr. Williams’ theatricality, seen in the fantastical costumes, “which brings such an interesting element to this idea of what dance is.” 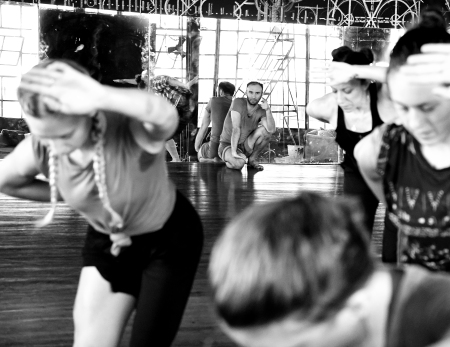 Ghosts and spirits, with their airy flow, sometimes haunt the choreographies of dance, like “Giselle” and “La Sylphide.”But then Mr. Williams has taken it a step further, using Tolkien and a similar mythopoeia (writers/artists who create their own mythical universe). The Cloisters, a museum in upper Manhattan that specializes in European medieval architecture, sculpture and fine arts, including the famous “Hunt of the Unicorn” tapestries, is one of his “main haunts.” And his most recent travels have taken him to Ireland and Greece, both substantial lands of mythology, sustaining “this ancient human impulse to think about our origins and use fantastical beings from the other world to help tell our story.”

It’s been an adventurous journey for this adult perpetrator of the dance fantastical, to “bring a strand of the ancient story into the here and now, to create a visceral, movement-based approach.”

In addition to the nine solos and a short finale that tell stories of martyrdom, the Williams program will involve three males of differing ages who collectively act as a chorus, harassing the women and pushing the stories, which include stretching, stoning and a dragon, to their individual conclusions.

Four musicians — two female vocalists and two musicians who play viola da gamba player and recorder — will interpret a commissioned score by Peter Kirn in the medieval style. And the dancers will wear costumes designed by Michael Oberle and the multi-talented Mr. Williams, who also is expert in puppetry.

“It is absurdly challenging,” Mr. Pardo admits. He describes a phrase for Ms. Scranton as dead-lifting her leg “as high as it will go, then rotating to an arabesque. The arabesque goes into a penche [higher arabesque] as the hand traces cross-laterally across the body.”

Audience reaction will remain a mystery until the performance, “one of the things we’re most excited about, and frankly, most scared about,”  Mr. Pardo says. “The works we are most interested in presenting are high caliber, award-winning artists that may not have been seen in Pittsburgh before.”

In Mr. Williams’ work, audiences will access a different level of theatricality inside of dance. Ms. Scranton points out one new aspect of the martyrs that has developed since its debut in 2005. “Now when I’m watching it, I’m struck by the power of women.” Mr. Pardo reinforces that with, “in this moment, in this time, it highlights powerful women in a very specific way that is very exciting.”

This article was originally published in the Pittsburgh Post-Gazette.

This entry was posted on Friday, October 26th, 2018 at 3:07 am and is filed under Uncategorized. You can follow any responses to this entry through the RSS 2.0 feed. You can leave a response, or trackback from your own site.

This site uses Akismet to reduce spam. Learn how your comment data is processed.